An Autumn for Crippled Children - Lost 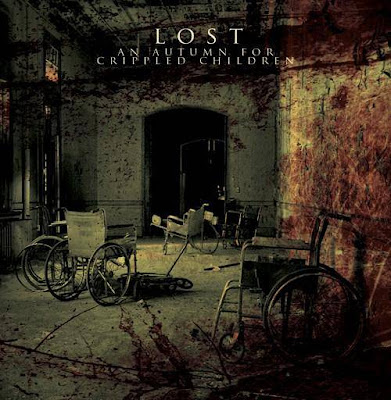 The 11th Hour - Burden of Grief 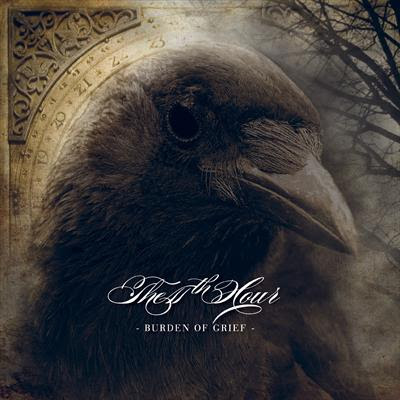 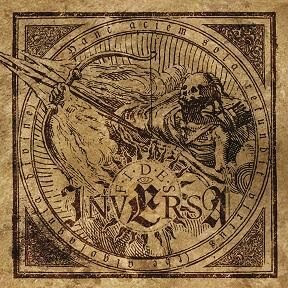 SECTIONED (GBR) WHEN TECHNICAL BRUTALITY IS THE NORTH!!!

When it comes to raw and straight to the point death metal, SECTIONED is one of those bands that are gaining a name through the underground scene nowadays. We recently had the luck to review their still warm “Purulent Reality” full length released in conspiracy with Paragon Records, but not satisfied with that…we went to contact the main man behind this creation, Zoltan and speak about many topics trying to understand how a band with an album released on 2010 sounds like those killer middle 90s cult releases like “Dream of the Carrion Kind” from the infamous Disincarnate. Now that I look back…pretty strange dude I must confess …you know…obsessed with amputations and dismemberments, his band called SECTIONED…I mean…I was getting a little bit nervous because this “interest”, however, I managed to control myself and tried to formulate some questions, the result of this scary session with the butcher is the one you have further below…don’t blame me if there is a smell of blood and members…I still have them impregnated on me…


1-Hello my brutalized & “sectioned” friend...aggrrttthhh….how are you doing today?

Hey bro, I am fine thanks!


2-Great...ok…as mentioned above, you are the master mind of an outrageous death metal entity called SECTIONED. For those who are not familiar with it, could you please provide some brief background about your history so far?

Yes sure. I formed the band back in 2006. Later on in 2007 we recorded ELME demo and was spreading it like hell and playing shows, then finally we had the chance and the right line up to record the full length, Purulent Reality in 2009. We had quite a bit of lineup changes but M and Csibi are with me from the original lineup until this very day.


3-Excellent…ok…”Purulent Reality”…this is your debut full length album, what can you tell of it? How long did you take from the starting the compositions until getting the whole thing released?

Well, to write songs it took me about 5-6 months, so that didn’t take that long. It was more the distance problems that held us back and the drummer at that time just couldn’t do it so we parted ways with him, then we were without a drummer in 2008, that’s when the recordings were due. It took us almost half a year to find Pete and give him the time to learn and the songs but we didn’t regret this decision obviously so it was worth delaying the album I have to admit. We wanted to create a pure metal album basically. No triggers, no editing as you hear everything is recorded without cutting or pasting, “straightforward, no bullshit metal”. Either like it or hate it. But yeah, finally got released on march 9th, 2010 via Paragon Records and we are very happy with the feedbacks and the way everything worked out for us


4-Wow…the end result is totally killer…I mean…all that “90’s vibe” present through each song is amazing. Is this something you consciously tried to achieve or was more result of casualty?

Yes definitely! It`s more casual than conscious as I am all into the 80`s and early 90`s metal. I mean I do have some other riffs that go to other directions and wouldn’t have fitted into Sectioned so it`s more like a consciousness controlled casualty ha ha. You can check out the other riffs in my side project Maglya

5-…hmmm..that’s what I thought…by the way…how different is the stuff on the album compared with your promo 2007?...Why did you take 3 years to come up with a new release?...many lineup changes, too much work?...

The production is definitely a lot better. I think everyone did better on the full length, the solos came out a lot better and M`s vocals are just sick, ha ha! Pete did a very good job on the drums and obviously Robin`s thumping caveman like bass lines gave the whole album that old school feel in my opinion along with the riffs of course, ha ha. Yes as I mentioned earlier due to the lineup changes we just couldn’t do it earlier…

6-Zoltan…being you the architect and former of the band…how would you describe Sectioned to someone that has never been given the chance to listen to it? What does represent for you to have the band up and running at this moment?

Ok. I wouldn’t say any categories what Sectioned is or supposed to be, I`ll leave that for the person who listens to it. It is definitely has the feel of the early 90`s death metal from the era when the production got better. They can find thrash, death, heavy metal riffs in it even. Every song has melodic solos and basically melodies that you can remember. I think that’s more important than just 5466 notes played in 3 seconds you know. We want to bring good metal back to the underground scene… The riffs are not hard or anything technical but they crush definitely! The vocals are understandable and that’s very important for us too.

7-How did you guys came up signing with Paragon Records?...so far how do you feel with the work they are doing for you? For how many albums you signed with them?

My previous band was signed by them also. What they did for us back then was very satisfying so I thought we would give it a try and finally we got the deal. Oh yes, they are one of the best if not the best underground label out there right now. They are there for their bands and do their best to support and promote them, we are very satisfied! We were thinking about releasing the second album through them too… It should be out in 2011 but if it`s via Paragon or someone else that`s a secret for now. Haha

8-In your biography it states Sectioned is from England…but then there is a part saying that you “returned to Hungary”…can you please explain this a little bit further dude?

Yes when I was 19 I moved to England and lived there for a couple of years. Then moved to New York and then to Rotterdam and finally I am back in Hungary. I know it`s confusing, sometimes I don`t even know what`s going on. Sectioned is a half American and half Hungarian band. If you listen to us then you`ll hear we are more an English type of death metal band with the American death metal influences in it but it`s only my thinking

9-Lets get to know a little bit more about the rest of the members, what are their names and what do they do for living?

Ok there is a studio lineup who recorded the full length: M- vocals, Robin Eaglestone – bass, Pete Christopher – drums and me on guitars. On a couple of tracks you can hear Lajos too, he recorded a solo too but after the Hungarian fest we played we parted ways with him as he wasnt really doing what he was expected to do and had some personal problems with him too. No hard feelings from our side though. Robin is not with us anymore unfortunately, he is a good friend of mine but he has his reasons and everybody respects that, so we wish all the best for him.
We work with a live lineup because of the distances M and Pete cannot do. The live lineup is the following: Peter D Maniak (Angerseed) – vocals, Gabor Schiller – guitars, Tibor “Csibi” Papp – bass, Heavy Tact – drums and me guitars. I will not tell anything about what we do for living but it`s not music unfortunately, struggling for living haha that should be enough. Gabor and Peter are good friends of mine for years by now and Heavy Tact is the new session drummer who did an audition and was the right guy personally and technically also for us.


10-When I listen your album…is impossible for me not to think in Disincarnate. Probably the guitar solos are reminiscent of the “Dreams of the Carrion Kind”…was this an influential album for you? If not, what would you mention as your biggest influences?

Wow, I`m surprised you just said that, haha! I like that album of course but it`s not an influence at all to be honest, haha. I haven’t listened to that album for like I don`t even know, long long time. I will actually listen to it tomorrow! Thanks man, haha. Spiritual Healing! if I have to pick one album! But definitely Death, Pestilence, Rise (Divine Aeternum album) early Morgoth.

11-After listening the album…I was like…”I need more of this”…ha ha ha … but seriously, do you have some other merchandise available for mumbling zombies like me…don’t know…t-shirts, promos, whatever…

Yes we will have everything by the end of april/beginning of may! Tshirts, posters and everything you need! Just keep checking our myspace for further infos on this one

12-I see…ok…what’s next Zoltan?...what’s coming on Sectioned camp for the following months? Plans to release something else…maybe a split or MCD?...Let me ask you a tricky question…how do you see Sectioned in the next 5 years…?

Yes of course there is more to come, hell yeah! We are planning on releasing the second full length in 2011. Its 70% done and heavier and darker than the first one! We also on a Spanish mini tour this fall in October, to be exact from October 2nd until 9th. It will be very intense, looking forward to it! Hopefully have more shows than this one show in may in Hungary but I doubt that, we will see… Things are different here, greed and jealousy just peaking over here bro. In 5 years I would like to release 4 albums at least and do as many shows as we can! Hopefully we will have a FIX lineup by then, haha


13-Well dude…I think that’s it for now…thank you very much for your killer responses, please feel free to add anything you may consider relevant to our readers around the globe, in the mean time…just let me recommend you to stick around with Archaic Magazine…always bringing you the very best on underground extreme metal music!!!

Definitely man, we always support who supports us, don’t forget that! I want to say thank you for anybody who has and will support us, it truly means a lot for us! For those guys who wrote the shitty and mean “reviews” of our full length, well about any of the good metal releases: first stop being a poser and get into metal, then learn how to write a proper review because “boring”, “shit”, “heard worse” and “nothing special” added to the bands` bios is not a review. We just laugh at you and your garage band!!!

Pure black metal.Polish and French from the ground 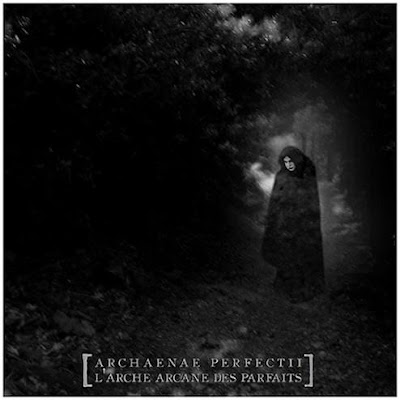 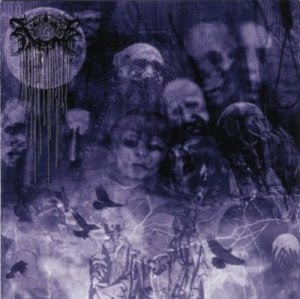 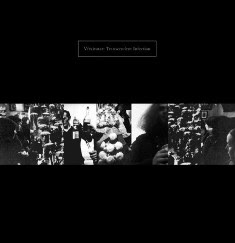 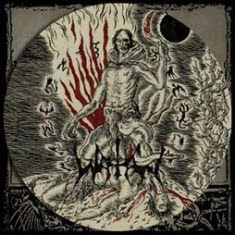 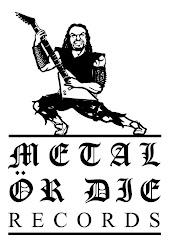